On this page I will demonstrate Survey Secrets Unlocked.. Online surveys are an awesome way to make extra cash. However do not fall for the “Hey you can get rich quick by doing online surveys” bit. I have dabbled with online surveys since the first time I heard of them last year. As a matter of fact I have dabbled with the concept before I began blogging. And like a lot of people I fell for that get rich in hours crap. Here is how they get us. We see this and think cool this is for me. Wrong all you are doing is paying someone else to feed you information on how to do something you need to learn on your own. Probably the survey company itself.

Well when I started out on the misadventure of taking surveys for cash, I was on a one way journey for easy cash. How did that turn out? one might ask. See for yourself, I’m writing this page aren’t I? Imagine the disappointment I felt when my first survey site I used took me over a month to gain the minimum payout fee of a measly $30.00! Every time I signed up for a survey I kept getting the message that I did not qualify for that survey. To top it all off I did not get that money I had spent hours on attaining.

I was so annoyed with it that I contacted the company and they told me payment was sent out in the form of a Visa spend card. But alas it never came. Therefore since I tend to criticize wrong doings as such I was determined to blast my voice all over the web. Well that was up until the other day when I decided to give it another whack.

Yes finally I am getting somewhere now. Guess what folks. All it took was a little patience. As well as brains to figure some things out. Upon reapplying for the survey site I have reached half of that $30 goal in just two days. However those two days were not 24 hour days. There were some things that I was missing before. For one I was not paying attention to how to do the surveys. Number 2, was the biggest of all. Whoever says you can get money for nothing is lying to an extent. This is where the better money lies. However in order to get the bigger payout you have to take risks. Like I did. Example I won a $100 prepaid Visa card by actually completing a survey and two offers during the survey. Pay extreme attention to what you are reading here.

Granted you will run into this a lot. And more often than not you will be required to pay a small price to complete the offer. However you can do like I did. I picked two free sign up offers. ABC Mouse And Hooked On Phonics. The only thing required for completion of the offer was my C.C number for verification. Now pay attention! If you plan on spending that whatever it is a month after your initial free month fine.

You are not obligated to keep the subscription.

Like me many of you are still looking for that cash. However like me you do not want to keep spending to earn. Here is what you do. Cancel your subscription immediately. You will not be billed ever! Not only that you are still credited for the offers completion. In addition to having that first free month of what you subscribed for. I am doing a ton of research on this. Therefore as I learn better methods I will deliver them to you. Here is the coolest thing I have seen so far. $5.00 to sign up for surveys and other easy cash prizes. Just Click Here! 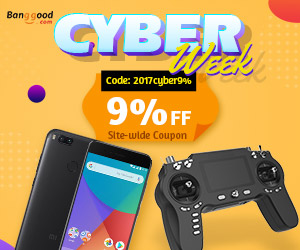